The time it takes to do the small things is essential everywhere within a warehouse. A few seconds here and a minute there add up to a lot of wasted time.

The time it takes to do the small things is essential everywhere within a warehouse. An extra ten seconds here and a minute there add up to a lot of wasted time and cost when basic tasks like order assembly are inefficiently performed thousands of times over the day. The impact of inefficiency grows even more significant when it comes to your shipping dock and the carriers waiting for your freight to be ready. Time on the dock usually gets measured in much bigger chunks, not minutes, which is a problem.

There are interesting stats related to the time carriers spend waiting at a warehouse dock. For instance, it takes an average of 30 minutes to unload 24 pallets off a 48’ trailer, including putting the pallets away. And 2.5 hours is the average time drivers wait (according to Business Insider) for a driver to get loaded once they’ve arrived on site. That’s not good news since most carriers will offer a mere two hours of ‘free time’ until detention kicks in.

Two and a half hours is a long time to sit and wait, and thinking about this common shipping time-waster made us wonder—what else could the driver be doing while they’re waiting?

Maybe the driver could take a six-mile walk (Nike claims it takes 22-ish minutes to walk a mile.) Or, they could wash their truck seven or eight times because that takes an average of 20 minutes each time!

That last one’s overkill for sure, but what they’ll likely do, just like any of us would, is match the average amount of time a person spends on social media each day (which is about 150 minutes, according to Statista.) 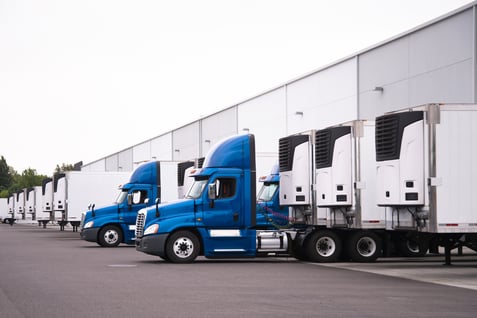 The Impact of Taking Too Much Time

Silly comparisons aside, there is a severe ripple effect when there’s too much time taken to get a truck loaded, delaying a shipment from getting on the road.

Once those two hours of free time are used up, things get very expensive. Detention costs accumulate quickly, costing $100’s per hour for each truck left waiting. These costs are a direct hit to every company’s bottom line.

And as expensive as those detention fees are, you are not doing any favors for the drivers and carriers. They want to be on the road because that’s where they make their money (not with detention.) If you are getting loads rejected too often, inefficient loading on your dock may be part of the reason.

Warehouse wait times hurt your customers and consignees, too. Obviously, when truck ships late, they’re at a greater risk of delivering late. And when that happens, delayed deliveries can mean expensive chargebacks, refused shipments, and frustrated consignees. Missed appointments can even send your shipment to the end of the line for unloading, making the problem even worse (including more detention costs.)

Avoiding the Two and a Half Hour (or More) Delay

If the goal is to reduce the time drivers are waiting to get loaded, shipping docks have a lot of good options. Efficient shipping docks know the key to success is to improve the lines of communication with carriers and figure out ways to be more efficient in getting their products packaged and out the door.

The best solution is to automate as many dock operations and carrier communications as possible. A system for organizing appointments that connect carriers to what’s happening at your facility means drivers can show up on time and with more reliability than phone calls and spreadsheets.

Visit www.opendock.com to learn more about how easy it is to take your shipping dock scheduling online.

Learn how Opendock assisted with warehouses operations during the pandemic with their integrated dock scheduling software.

How Do I Know If I Need Dock Scheduling Software?

The need to improve the shipping technology you’re using can sneak up on a company. Leveraging specialized solutions that are built to perform...

Get notified on news from Opendock

Stay in the loop and up to date on industry news, product updates and more from the Opendock team.